"Genetic engineering is the term used to describe a range of techniques used to alter the structure of individual genes or genetic makeup of an organism thereby altering its form or function."

Ever since mankind domesticated animals and plants humans have tried to improve on nature either for his pleasure or to increase the usefulness of the plant or the animal.

Over thousands of years mankind has developed food plants such as wheat, rice, maize and potatoes, farm livestock and domestic pets. The modern forms of these species now bear little resemblance to the original form.

This selective breeding was always a haphazard affair since the result of a cross between parents (plant or animal) was a random mix of the characteristics of the parents. But every time a plant cutting was taken and grown, that plant was cloned.

Every living organism is modified naturally by a variety of mechanisms. Mutations have often taken place spontaneously and may or may not change the activity or have an effect on that organism. Plants, for instance, use bacteria to absorb nutrients in the soil, but these bacteria may also contain a different gene(s) then the plant already has, which may combine with the plant cells to form a different characteristic. This is one example of how nature has developed its diversity. 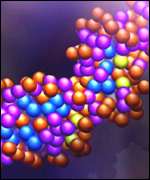 Not until the Austrian monk Gregor Mendel published his hereditary factors in 1866 (he crossed different coloured flowering peas) did people start to understand the laws of nature. The discovery of chromosomes and genes early last century and more recently how living material is put together (DNA), have made it possible to combine cells from formerly incompatible species to create viable new types.

When we breed plants or animals we are selecting for the genes (characteristics) we want and with this new knowledge mankind can now not only speed up the process, but we can introduce new genes into the plants or animals to make them even more useful to us.

For instance plants can be made so that they don't need to be sprayed with pesticides and yet can be made tolerant for the spray used to kill competing weeds. 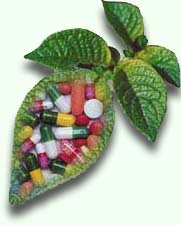 Maize, rice and wheat can be provided with a vast range of dietary necessities for the world's hungry people. Peanuts, tomatoes or soybeans can be made so that they don't trigger allergies, bananas and cassava can provide built in protection against tropical diseases.

Human nature however usually makes us imagine the worst possible outcome of this new technology, since it could be years until we know of any adverse effects that could come out of these changes.
But media hype and biotech opponents have labeled these genetically modified Foods, Franken foods and painted terrifying pictures of doom and gloom of super weeds, "genetic smog" and the end of life as we know it, rather than looking at the facts.

In trying to understand what this science is all about, we have to start with the basics and that is that people have been eating genetic material every day. Whenever we eat fruit or salad, vegetable or meat we consume whole organisms (with their genes and DNA intact) and they are mostly still viable as we eat them and in most cases we don't know what those genes do.
Even when we breathe we take microscopic organisms in and, with the exception when it gives us a cold or the flu, it has never bothered us.

So now we have a greater understanding (it is still far from complete) on how genes work and how to manipulate them, we are becoming more cautious and concerned.
What has happened?
Scientist say that nothing has really changed, they are simply getting more control over the movement of genes across organisms and are able to produce more useful, edible, transportable foods as a result.
The opponents will argue that genetic manipulation of organisms will cause havoc in the food chain and predict mutant animals and plants that could possibly destroy all life on earth.

The history of the genetic engineering debate shows that factual information can easily become a half-truth or worse, an urban myth.
For example it is frequently stated in the media that Roundup-Ready soybeans will only grow when repeatedly sprayed with Monsanto's product. The fact is that Monsanto contractually requires farmers to use their product (rather then a competing brand). The crop will grow happily, whether sprayed or not.
Genetic engineering needs to be explained, not promoted. The issue is not about persuading people to accept the technology because scientists say it is safe. The issue is about trusted sources giving accurate information and allowing consumers to make informed choices.
As members of a democratic society, we must all take responsibility for educating ourselves if we are to take part in any kind of informed discussion.
The ripping up of a test plot of genetically modified potatoes as happened recently in Lincoln near Christchurch, will not help the debate in any way.

In the USA plantings of genetically modified plants are now 20% of the soybeans, 25% of corn, and 45% of cotton.
Nectarines were bred through genetic modification. Most tomatoes are gene modified, as are potatoes, and the list goes on.
At the basic level, all food we eat is already genetically modified. Genes change every day, whether by natural mutation in the wild, breeding in a greenhouse, or direct manipulation in a laboratory.

Boosting agricultural yield by using genetically engineered (GE) crops means reduced pressure on arable land. GE crops could be grown on for instance on drought prone land or soils with high salinity.
Reduced spraying would give environmental benefits, reduced costs (cheaper food), and will increase farming flexibility.
The FAO reports that the world has lost 95% of it genetic diversity over the last century. Ironically some GE work is aimed at halting or reversing that loss.


Something to think about:

We share about 80 per cent of our genes with mice and, for example, even something as obviously non-human as a banana, still has 40 per cent of its genes in common with humans.